In the past year, real estate boards across the country have pointed to the mortgage stress test as the key factor in bringing down the level of MLS activity in major markets in Canada – including Calgary.

And make no bones about it. That federal government initiative, which came into effect at the beginning of January 2018, has had a huge impact on demand. But experts also point out that for a market like Calgary’s the struggling economy has also played a role in lessening the appetite for people to buy homes. 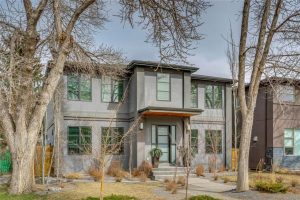 Let’s take a look first at the stress test. A report by CIBC Economics said the mortgage stress test, B-20, accounted for an estimated 50 to 60 per cent, or between $13-$15 billion, of the overall decline in mortgage originations throughout 2018. The report, by economist Benjamin Tal, said growth in mortgage originations continued to decline in 2018. The value of new mortgages fell by eight per cent, $25 billion, during the year.

“Note, however, that the slowing in the pace of mortgage origination growth started well before B-20 was introduced. In fact, originations hardly grew at all during 2017. So, B-20 was imposed on a market that was already on a slowing trajectory,” said the report.

“Now, B-20 can impact borrowers in two ways. If you don’t qualify under the new provision, you can simply exit the home-buying space, or you can settle by compromising and buying a smaller or cheaper house, accompanied by a smaller mortgage.”

Calgary’s housing market has had a double whammy. The economy has also contributed to the malaise.

According to the Conference Board of Canada’s Metropolitan Outlook report, Calgary’s economy grew by 2.3 per cent last year, following a 4.4 per cent increase in 2017.

Both years reflect a recovery from the 2015–16 recession, which saw real GDP drop by a cumulative 7.2 per cent as the region was hurt by the downturn in the oil and gas sector. Growth in the Calgary economy will continue to expand at a moderate pace over 2019–20 with real GDP growth averaging 2.1 per cent per year. 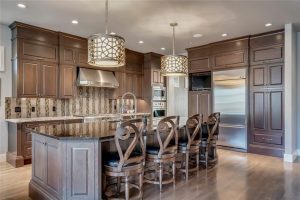 “The main message I tell folks when I do get out West is that we are looking at essentially a continued recovery from the 2014, or 2015, meltdown in oil prices. But I think specifically for Calgary there are a number of challenges that are continuing to kind of plague the city itself especially with respect to construction,” says Pedro Antunes, the board’s chief economist.

“Both on the residential construction and the non-residential construction – this is the kind of activity that tends to generate a lot of stuff through the supply chain . . . When you see those segments of the economy not doing so well you can’t expect a huge rebound. But having said that, I do think we are seeing some strength in the employment . . . It’s not the goods side of the economy. It’s all on the services side of the economy and sometimes people just discount those jobs but we are seeing some good quality jobs on the services side. I think that’s positive.”

So Calgarians can expect a slow pace of growth – but at least it’s economic growth.

Antunes says the housing market is very dependent on demographics and a correction is still taking place. In Alberta, the inventory of newly-built but unoccupied homes is still very high relative to historical norms. The demographics are however turning around a little bit. Net migration is rising. Population growth is stable going forward.

“That’s positive in terms of the underlying fundamentals for the (housing) sector but there’s a lot of overbuild,” says Antunes.

On Tuesday night when Alberta elected a majority UCP government, in his victory speech Premier-elect Jason Kenney said the province was open for business.

“I know that people look to government to have a big impact on the economy and certainly government can have an impact and we’ll see as the budgets unfold what the new leadership and the new government in the province how that might affect the province. But what I keep reminding folks of when we look at for example what the government spends on infrastructure it’s a small portion of oilpatch investment,” says Antunes.

“So in the last number of years we have seen the government trying to ramp up infrastructure investment but it’s very small in comparison to the decline that we’ve seen in oilpatch. For Alberta as a whole, our sense is the best thing that can happen to the province would be to get some solidity in terms of getting oil out of the province. One pipeline or another let’s get one of those built and that will help on oil prices and it will be a positive. We’re still hopeful to see that come to fruition and I think that will be the most important factor for the province in the near term.”